From the N, the approach is deep and straightforward. Pass W of Great Island, either side of Black Rock and between Killick Island and Gull Rock.

From the S, pass between Gunning Rock and Gunning Point and then close S of Mad Moll, which usually breaks heavily. Southern Tickle opens up abruptly, immediately after passing Mad Moll. The tickle is very narrow (less than 40 ft clear width) and subject to considerable surge, even in moderate conditions. Turn into Southern Tickle and make an ‘S’ curve, firstly to clear the ledges off the W side of the entrance, then for those on the E side. The surge can make this difficult.

If entering from the S under sail, do not be tempted to reduce sail too early. Keep plenty of way on because the high ground around Southern tickle will blanket the sails and make control difficult in the surge off the entrance points. We would have had trouble maintaining control of Iron Bark without our topsail. If entering under power, the same warning about keeping plenty of way on probably applies.

If Southern Tickle looks too daunting, it is possible to carry on up Crow Rock Tickle, which is deep. The dangers are apparent.

Tie up to the W or S side of the public wharf, as directed. If secured to the W side, be prepared to move at short notice because the ferry/tour boat from Mary's Harbour uses this part of the wharf, and comes in frequently and at irregular intervals. The S face of the wharf can accommodate a 50 ft vessel with 14 ft alongside.

Power, water, hot showers and a coin-operated laundry are available. Berthing fees were 50 ¢/ft in 2002. 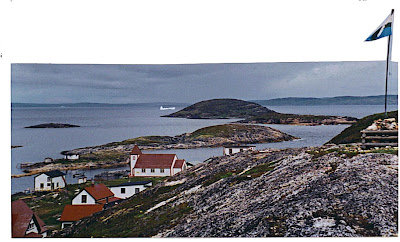 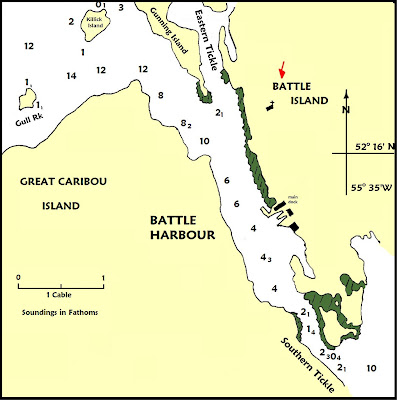 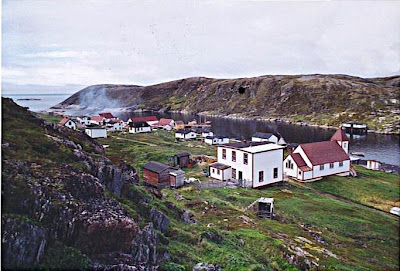