Indian Harbour lies between Indian Island and Mundy Island, at the N side of Groswater Bay.

The approach from the S is fairly straightforward and it is possible to pass either side of Indian Island. Approaching from the N is more complicated, with many islands, islets and shoals – however, the smaller scale chart, 5135, should be adequate.

We anchored as shown on the sketch chart, in 16 ft. The anchorage is very sheltered except in winds from the E and the Pilot warns of a large swell entering the harbour in SE gales. There are several other anchorages to choose from, close by.

The fishing station here seems to have died out, with the few cabins deserted in 1997. There did however, appear to be activity on the Smokey Tickle side of Mundy Island. The foundations of the Grenfell hospital can still be seen on Indian Island. 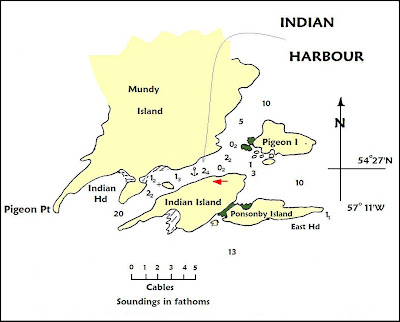 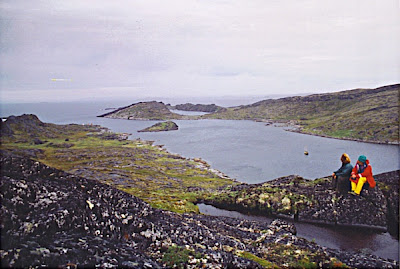