Off the N shore of Burke Island, towards its W end, there is a drying rock (awash at low water). This rock is not shown on chart 4702, but is in the position of the 3 in the 53 sounding. In 1997, a small, plastic float marked the rock. Keep to the Owl Head shore, until the channel W of Burke Island is open.

We anchored as shown on the sketch chart, in 15 ft, with plenty of swinging room.
The cabins at the N end of Burke Island belong to Lindsay Cadwell and his family, who live here in the summer. He was very friendly.

A team of huskies were on Owl Head for the summer. 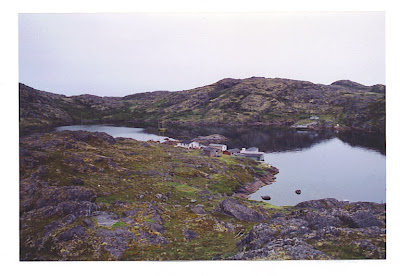 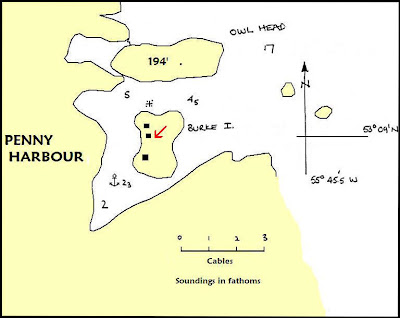