The North Stag Islands are situated off North Strand (the Vikings' Wonder Strand) and provide an anchorage between the two islands on the W side. This gives good shelter, except with winds in the W quadrant.

The approach N or S of the islands is straightforward if the shore is not approached too closely. The channel between the islands has several islets and rocks in it, and the Pilot claims that there is a channel carrying 6 ft through these, but this was not investigated.

We anchored as shown on the sketch chart, in 20 ft.

On the N island, a short way inland adjacent to the anchorage, we found what appeared to be old try pot furnaces. 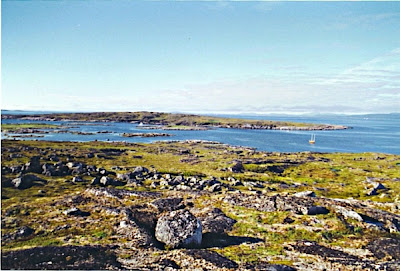 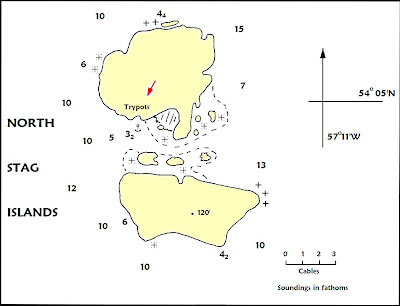