This appears to be one of the better harbours on the SW coast and provides much better shelter from the sea than is apparent from the chart.

Sail in to the bay on the N shore, near the head of the inlet.

Tuck well in to the NW end of the beach and anchor in a clear patch between the kelp in about 10.5m. Good shelter from the sea is provided from WxS through N to E. The fetch from S winds is less than 2 miles.


The Schrader Glacier to the SE of the anchorage has only a fairly small calving front and when visited by Badger, there was very little ice in the bay. The Pilot warns of occasional very strong winds blowing from the SE off the glacier. 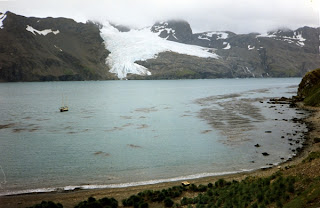 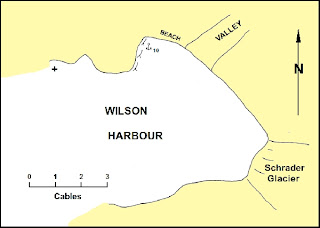