Clark Harbour is at the E tip of Cape Labrador, at the E entrance to McLelan Strait. It is formed by Cape Labrador and Amity Island, and gives good protection except from due S.
The two islets described in the Pilot and shown on chart 4773 are in fact drying rocks, which are only visible at low water, springs. In the right light conditions, the rocks and shoal water surrounding them can be seen at high tide, through the clear water.

The approach from the S is straightforward. Keep a biscuit’s toss off the Amity Island shore until past the shoal.

The anchorage is surrounded by low, rocky hills. When visited in mid-August, several Inuit families were camped on the low spit of land, S of the harbour. They had travelled up from George River for their holiday in this traditional campsite and were very friendly. 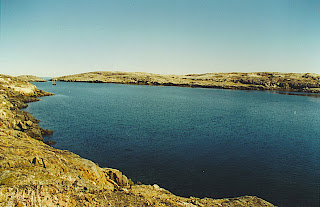 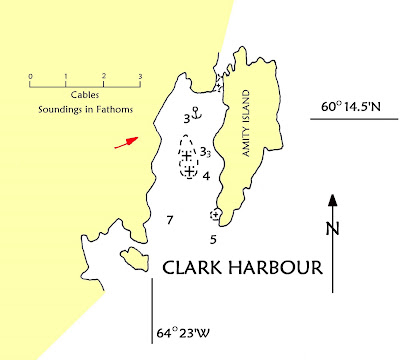 
This unnamed inlet, which we called ‘Nanuk Cove’, at the S end of the SE shore of Lawson Island, provides excellent shelter.

The Button Islands are separated from Killinek Island (the N tip of Labrador by the Gray Strait. The approach to the islands is complicated by the very strong tides (5-7 knots) and ideally the islands should be visited in clear weather, at neap tides. We approached them from the E side of Killinek Island and S of the Knight Islands. We left, going up the E side of Lawson and Lacy Islands.

An anchorage was found at the top of the inlet, in 5 fms. There was only just swinging room for Badger (34ft). A larger vessel may need to take lines ashore. This provides a completely landlocked harbour.

When visited, there were many growlers and small pieces of ice aground at low water, which gave us no problems in the calm conditions that we experienced.

The Button Islands were discovered by Sir Thomas Button, who visited these waters in 1612 and 1613 in an attempt to rescue Henry Hudson, who had been cast adrift by his crew in Hudson Bay, the previous year.

Whilst in this anchorage, we were visited by a polar bear which swam around Badger for about 40 minutes, giving us a close view of this most magnificent animal. We also saw another bear swimming across from the Knight Islands to Lawson Island, so there are plenty of polar bears about. Any walks ashore should take this into account. 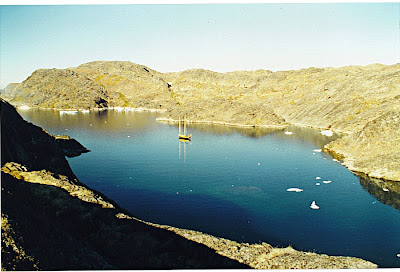 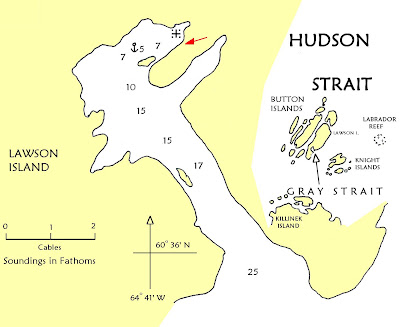 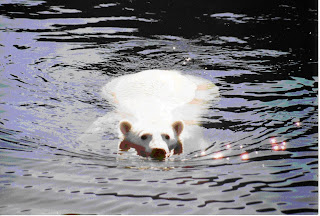 Please send any additions or amendments that you think may help others to voyagingannie@gmail.com.