Iselin Harbour lies between Gordon Point and Tait Point and is to the E of the entrance to Ekortiarsuk Fjord. It provides good shelter except from winds between NW and NE.

The area to the E of the harbour is unsurveyed, but a recommended track is shown, passing N of Pomiuk and Mikak Islands. Chart 4773 also shows a track passing S of Mikak Island, but we found depths of less than 9 ft and abandoned this passage. Chart 4774 shows a survey done in 1952 for the DEW line station at Cape Kakkiviak (there is still a station there).

The very head of the harbour is shoal: we anchored as shown on the sketch chart, in 2 fms, sand, kelp and rocks. Landing ashore is easy.


The abandoned hut appears to have been used by a prospecting party and it is in poor condition. 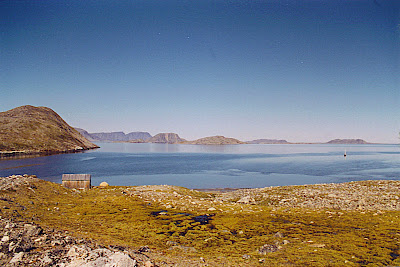 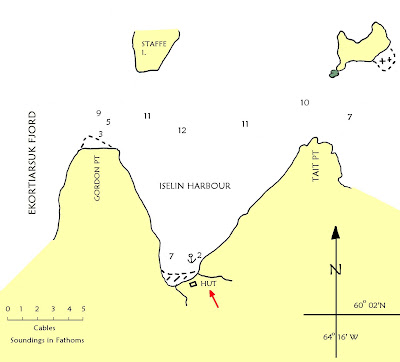